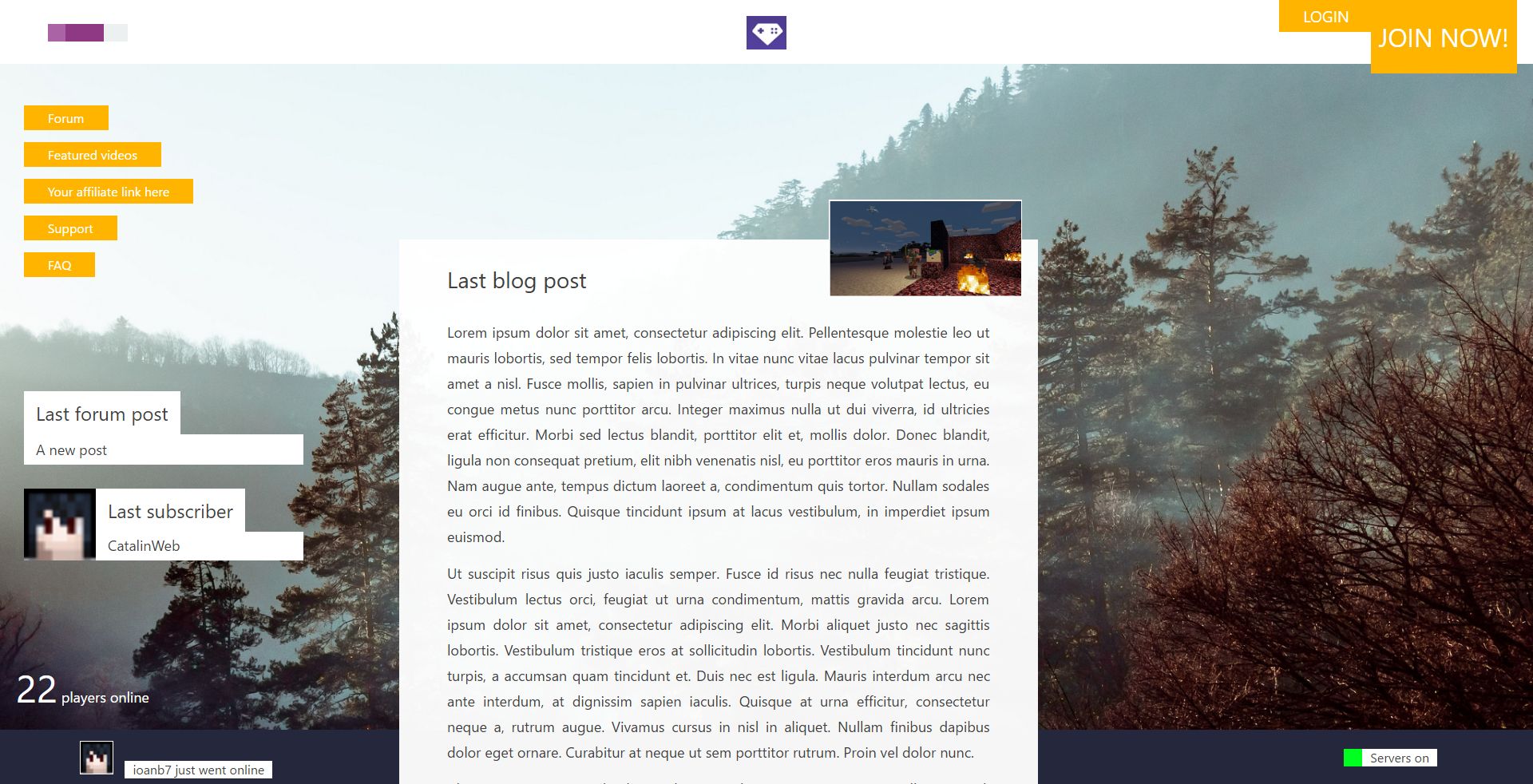 Every year I engage in a big project. This time I’ve partnered up with a YouTuber to bring about a Minecraft community having Youtubers and fans at it’s core.

Before going ham in your project, think what’s needed for the MVP and don’t go way further than that in the beginning. All you need is the validation that the project is a success and the way to measure that success.

Step 2: Test if the idea is viable

You’ve got a month now. Look out for:

By now you should have your MVP project ready to release, so do that. Expect a lot of bugs to be found in the last 5 minutes of the release and don’t panic too much.

All of minedive ran in a vagrant. There was no reason to test it on windows.

minedive – This is by far the most important project I’ve ever worked on.

It involved: the main website, a forum, a bunch of Minecraft servers, a single dedicate capable of handling a lot of load, communication between the servers, website and forum, caching system, adapting to new technology, a large list of storage options: MySQL, PostgreSQL, Redis, and LDAP.

It also involved a careful analysis of what’s development and what’s production. It meant having different credentials and environments. It involved having me and my business partner work on certain stuff that were overlapping inside the project, such as: Configuring the Minecraft servers, making Minecraft plugins from scratch in Java, marketing and retention + inviting people over and keeping them interested – facebook, youtube. I was responsible with all of the website and server admin stuff, while my business partner was focused on the Minecraft servers and converting his youtube fans into players.

It also meant interaction with our users on a daily basis on the forum as well as the Discord server. A Facebook page was put in place and easily hit 300 likes in under two months: MineDiveRO/

Before the launch which was announced a month prior, we had 1000 people that went on the website and put their minecraft username and email in. On the date of the launch the discord was being spammed with messages and there was a nice hype about it.

The team comprised of other roles that we gave to the people who wanted to help.. They had to have access to a private server.

Managing a team of people, everyone with their own desire, was also a great experience.

Trello was at the backbones of the project management. Frequent Skype calls. Frequent slack chatting.

Puppet was the pipeline from debug to release. It took too much time to do the uploading manually every day, and although the process would be outlined in 7-10 steps, human error got in the way. A script was made to accomplish this with puppet.

Admin stuff: I’ve learned a lot about Unix. Such as the basic stuff: Unix files, user, permissions, user creation, installation of services, firewalls – ufw, uptime management – supervisor, flood issues – fail2ban, constant backups, logs. Basically any problem that could arise, it was mine to fix. Security posed a high threat so I got a consultent to help me with it.

From the progression of the small website before the launch that just had a counter of people that signed up, to the entire suite of apps, I’ve also created a small android app that gets notified by the website when another signed up was made. This was more of a distraction, but it should’ve been done later anyway.

Paypal PPN would contact the site and then the first minecraft server in the cluster to make sure the user has the ranking he bought instantaneously and the minecraft server itself didn’t have to request such a list every minute. Scaling was a big factor in the making of this project.

Python was powering up the minedive website, the websocket server as well as the discord bot.
The forum used Misago, which is an open source python forum. I’ve had to develop the CAS script for logging in, which you can find here. I’ve also had to develop another front end for it as the one that it came with by default was not accommodating our needs – too much stuff in wrong place. It took a lot of guess work and refactoring of the templates both in python as well as the javascript. The javascript was also done with react, and it helped me to know from the website about this technology.